Fadi Chehadé’s new broom at ICANN continues to sweep the house, according to reports just in from Singapore.

Apparently  his X-wing fighter has scored a direct hit on the ICANN LA office (affectionately known to some as ‘the Death Star’, after ICANN’s logo) and it is to be broken up. This is in an aim to make ICANN less US-centric. 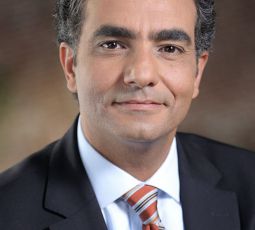 A new term: ‘service hubs’ are to be established in Singapore, Istanbul, and LA. A number of people in LA office will be asked to relocate move to the other hubs. This should prove a real career opportunity for the right people, while, inevitably, I expect this means some familiar faces among the staff will take the opportunity to move on

Not content, with that, ICANN is to cease asking ccTLD registries to contribute to ICANN’s chest — which currently bloated with doubloons and pieces of eight from newTLD application fees.

What effect this will have on ccNSO funding mechanisms or gTLD perceptions is yet unclear but should be interesting to watch.

3 thoughts on “ICANN LA to be broken up; begging letters to stop.”